VEVO & HOUSE.NET are already on fire. The remix gained huge support over the course of just a few days.

HOUSE.NET: This track is undoubtedly as big as they come, and this has everything that big DJs around the world crave. Everything about this mix is so spot on, from the drop to the vocals to the incredible chords in the breakdown. There’s nothing to hate about this one, and this is going to make a lot of people dance very hard. When it comes to free tracks, this right here is the holy grail. So well done.

We had the chance to catch up with Troy about the album release and everything else that is happening with him.

How did you initially start your performing career?

I pushed myself to compete in local singing competitions in Chicago like Road To Fame, ESPN Sing-Off, and a few other events where aspiring singers had the chance to compete for prizes and music opportunities. I eventually went on to write my first song and released it in the internet. I got favorable responses from people and I really started feeling like I was on to something! eventually I invited friends, coworkers, family from out of town, and called up other talented people who helped bring my art to life. Since then I’ve had the chance to perform in some great festivals and nightclubs, while I continue recording.

You just released your mini album DTension, could you tell us a bit more about the background of it?

DTension is Troy D’s intense level of excitement in exploring a new place, new music, creating a memorable experience and sharing it. Performing, recording, shooting music videos, collaborating with DJs and artists from different parts of the world was a lot to take in for someone fresh on the scene! It my energy into the music and everything went as planned. It’s hard to take a risk and try new things today, but that’s what this was about. The music reflects the excitement in the night scene with of course through love and dance.

The Bassrock remix of lead single The Night went bananas on Soundcloud after it was featured on House.net. 10.000+ plays in only one day. How did that feel?

I’m still excited! To know people are listening to that song makes me feel good and inspires me to do more. It wouldn’t have been possible without that collaboration from Bassrock who added that big house flavor people are falling in love with, if they’re not already ha. I hope more people listen and download it, it’s a great track that gets you going for the night.

You moved to Singapore to live there for a while. We have heard great stories about the country. What are your favorite hang out spots there?

Hands-down, Marina Bay is the most cultural place I’ve explored. I picked this place to film most of my music video for “The Night.” It’s vibrant, 24/7, and the hub for special events and concerts. Rooftop bars win me over ad there’s a select few that special DJs take over at night. If I hear about it soon enough, I’m there.

What are your top 3 clubs from Singapore and why?

The hottest venue is in Clarke Quay where the DJs bring the best house, techno, and mashups making it an all-around venue to party at is The Arena. The crowd is has die-hard music fans and the energy is through the roof! I enjoying supporting and watching live performances at Top 5 and The Gig.

Which artists have inspired you as a vocalist?

I’m a big supporter of artists that have been challenging themselves and having fun with music and exploring the versatility in with their music and voice. I don’t sing like them, but Neyo, Jason Derulo, Taio Cruz, Usher have all pushed boundaries with R&B and have collaborated on music that brings something great to music. What has been the most exciting moment in your career so far?

I really want to say performing a few tracks from DTension for an amazing crowd, but I have to say it was being in Singapore, collaborating with DJs and people from around the world to come together and create music and videos! The time and effort it took was one man but with a ton of support made it a worthwhile experience in the end.

Is there anything else you would like to mention?

DTension is blend of mid-tempo and club smash sounds and remixes. It’s centered around nightlife fun, good energy, and love that you can play from front to back.

For more information about this release, please contact Wilf Libgott of www.hammarica.com | wilf@hammarica.com ARGÜELLO IS LIVING THE DREAM! NUMBER 1 ON ITUNES! 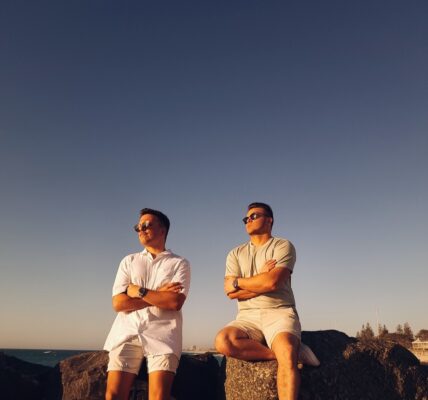 MOMENTO – THE SOUND OF SUNSET