Like many major philosophers such as Plato, Plotinus, Aquinas, Kant, Socrates, Hegel and Freud who have put forth philosophical principles in groups of three, BB3 Dynamics follows that trichotomy principle with his unique take on techno

The Life Trichotomy Reincarnated – The Remixes EP is a true listening pleasure. American Techno pioneer Abe Duque takes on ‘Inception.’ He keeps the minimalist styling of the original in tact and slowly builds a smooth groove reminding of some of the best works from the early days of techno. With blissful but monotone strings in the background, an infectious 303-esque loop takes the lead along with the deep vocal from the original.

French experimentalist Mëtël EkTõshi takes matters slightly more upbeat with his remix of ‘Transformation.’ The result is a very minimal remixed arrangement that takes the dancer through an abstract dance floor journey.

American Hip Hop and Techno boundary-pusher Astrolith takes it all to a surprising climax. His remix of ‘Culmination’ goes on a 2015 classic electro trip. Sure to destroy any self respecting dance floor around.

So what was the story behind the tracks?

BB3 Dynamics: “The first song in the Trichotomy, entitled Inception, communicates the importance of not holding back at the beginning of life. Take chances while you’re young and don’t be timid with your choices. Don’t be afraid to fail.

The second song in the Trichotomy, entitled Transformation, communicates the importance of being in control as one moves through life. You will have positive and negative experiences throughout. Yet, you are the only one to give these a proper place.

And the third and final song in the Trichotomy, entitled Culmination, communicates the importance of letting oneself be free as one prepares for one’s next lifetime at the end of a current life. By the time I reach “Culmination” in terms of living and breathing, I want to be able to, in my head, know I took as many risks as I could, that I was advanced enough as a human to question the norm, that I could relate to as many different human lives and their journeys as much as possible, that I was able to forgive and that I was prepared for my next adventure.”

BB3 Dynamics recently left the USA for a move to Berlin where he is actively collaborating with many talented artists from multiple disciplines. He currently is working on his debut album that contains contributions from several global musicians and vocalists. The album is planned to feel like a futuristic film soundtrack that sends the listener on a dark journey with a production that includes atmospheric electronic sounds and a full orchestral score.

BB3 Dynamics: “Ultimately I envision to having a full blown stage show for this project complete with custom visuals and a live orchestra.” Bates Belk III, i.e., BB3, is a global producer and sound designer, currently based out of Berlin, Germany, whose high energy, boundary-pushing songs and remixes have moved international audiences on dance floors in Paris, London, Amsterdam, Berlin, Tokyo, Rio de Janeiro and states side audiences in New York, Los Angeles, San Francisco, Chicago and Miami. He is also the founder of BB3 Dynamics Music Productions (www.BB3Dynamics.com). BB3 Dynamics previous music releases include OUTTASIGHT, It’s in the Mind, Bionic Power (Pushing Harder, Jumping Higher), Cosmic Kenny, Danger with a Stranger and Get Me to the Disco. THE DIVINE SOUNDSCAPE OF ‘SAINT SAINT SAINT’ ON AREA 303 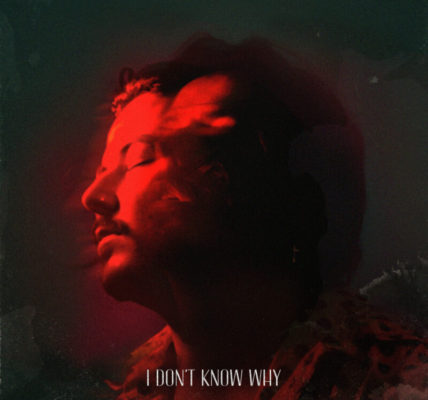